Emily and I chose an unknown path recently ……. 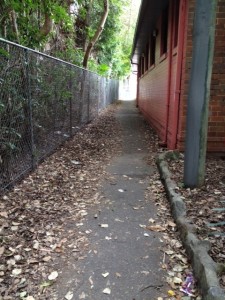 We headed off hoping to emerge near a cafe that I had been talking about for ages. In an attempt to reassure Emily I pretended to be an arctic explorer heading off into a blizzard with only my red handbag of supplies. I licked my finger, pushed it into the air to test the wind direction “This way Emily, follow me.” I led her behind a row of garages, past the giant rubbish bin area, we walked alongside the chain-mail fence until the scene opened up in-front of us with our cafe revealed. Our uncertainty at using this rather ominous unknown path was rewarded, the dubious back lane was the short cut to our coffee venue.

With a certain amount of bravado mixed with innate but slightly unsubstantiated confidence we have managed to navigate ourselves into all sorts of adventure. We have arrived at destinations that were not necessarily what we expected but with a little bullish determination we have achieved successful outcomes.

An unknown path leads to adaptation after SCI

Our goals can be as simple as a good coffee, they can be complex such as brachioradialis to extensor carpi radials brevis surgery. We would achieve nothing without leaving the comfort of our sofa. It isn’t easy to head out into the unknown, look down a road towards an unfamiliar and distant objective. It asks a lot of a wheelchair user, it asks us to accept the unexpected, react to shifting circumstances and adapt.

The success we have experienced while rolling unknown paths has pivoted on our ability to accept variations on route to our goal and accept change. It is crucial  to alter and transform, steer and shift according to the journey’s twists and turns. With an open mind the world open’s up. 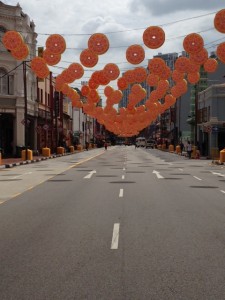 Emily and I thought we would head North on our next adventure to find a cafe recommended by TimeOut Singapore. What fun we had, we found an alternative cafe that we preferred, we tried Chinese delicacies, we were interviewed by schoolgirls for their class survey and stayed to chat. We shopped and haggled and bartered. We traversed a new route home and explored a whole new district. With enthusiasm, zeal and an appetite for coffee ( and life ) Emily and I manage everyday using unknown paths. 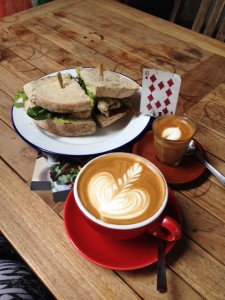 I will let you know when new blogs are posted.